Three projects with high-impact potential seeking to solve grand challenges of energy efficiency have been awarded seed funding from UC Santa Barbara’s Institute for Energy Efficiency (IEE). The IEE is an interdisciplinary research institute committed to improving energy efficiency across three key themes: smart societal infrastructure, computing and communications, and the food-energy-water nexus. Each project will receive up to $50,000 in critical seed funding, which is intended to produce preliminary results that the scientists can use to apply for major external funding to expand their research.

“Supporting projects in the early stages of development is an essential step to the creation and delivery of high-impact solutions for energy efficiency,” said John Bowers, IEE director and professor of electrical and computer engineering at UCSB. “Each seed project addresses and attacks a grand challenge by taking an innovative approach that has tremendous potential. They also foster new research collaborations and leverage IEE’s legacy of scientific discovery.”

“The review committee was thrilled by the proposals in terms of how innovative they were, how the seed funding could really help the faculty move new efforts along, and how the research, if successful, could lead to additional funding opportunities,” said Mark Abel, associate director and executive advisor of IEE.

The seed grants bring the pioneering research of five assistant professors from the College of Engineering’s Mechanical Engineering and Electrical and Computer Engineering departments to the IEE.

The project “Passive Water Harvesting Driven by Solar Energy and Radiative Cooling,” submitted by Yangying Zhu, an Assistant Professor of Mechanical Engineering, will investigate new zero-energy-consumption devices for low-cost water harvesting, which would have a transformative impact on the food-energy-water nexus.

Desalination of water generates more than 37 million cubic meters of potable water per day worldwide, but current technologies, such as reverse osmosis and distillation, consume tremendous amounts of energy. The key innovation of Zhu’s proposal is a passively cooled, nanoporous condensation membrane that is capable of condensing water vapor effectively without consuming energy. It is realized by two key elements: capillary condensation and radiative cooling. Capillary condensation describes a process in which vapors are adsorbed by porous avenues of a solid, which leaves a condensed liquid in those pockets. Radiative cooling refers to the process by which a material loses heat by thermal radiation, releasing heat and passively cooling.

“Through experiment and modeling across multiple length scales, we will ultimately develop a system with scalable, low-cost materials and structures that offer high solar spectrum absorption, optimized heat and mass transfer, and an overall high efficiency of solar-energy utilization with no external energy consumption,” explained Zhu. “I am excited to be a part of the IEE community, which is extremely interdisciplinary, yet focuses on a common goal of energy efficiency and sustainability. The seed funding will allow me to initiate collaborations across multiple departments of the College of Engineering and within the IEE community.”

Zhu says water harvesting based on clean solar energy with zero net energy consumption could result in applications that include personal portable water harvesting, water-harvesting devices that can float on the ocean and scale up to form solar thermal desalination plants. The condensation process her group develops could also be combined with absorption-based technology that harvests water from moist air, enabling the agriculture industry to reduce water usage and transportation.

Last year, the committee awarded seed funding to four proposals that involved a total of eight UCSB faculty and created three new interdisciplinary partnerships. The scope of projects ranged from protecting California’s citrus industry from a potentially devastating bacterial disease, to designing a novel energy storage solution for the smart grid, and making artificial intelligence more energy efficient. Abel says that researchers have already produced promising initial results. Final reports for those projects are due by the end of the year.

Seed funding is supported by gifts from private donors, such as John MacFarlane, a member of the IEE Directors Council. Support from an anonymous donor allowed the IEE to award an additional grant this year. Those interested in providing seed funding should contact Mark Abel at markabel@iee.ucsb.edu. 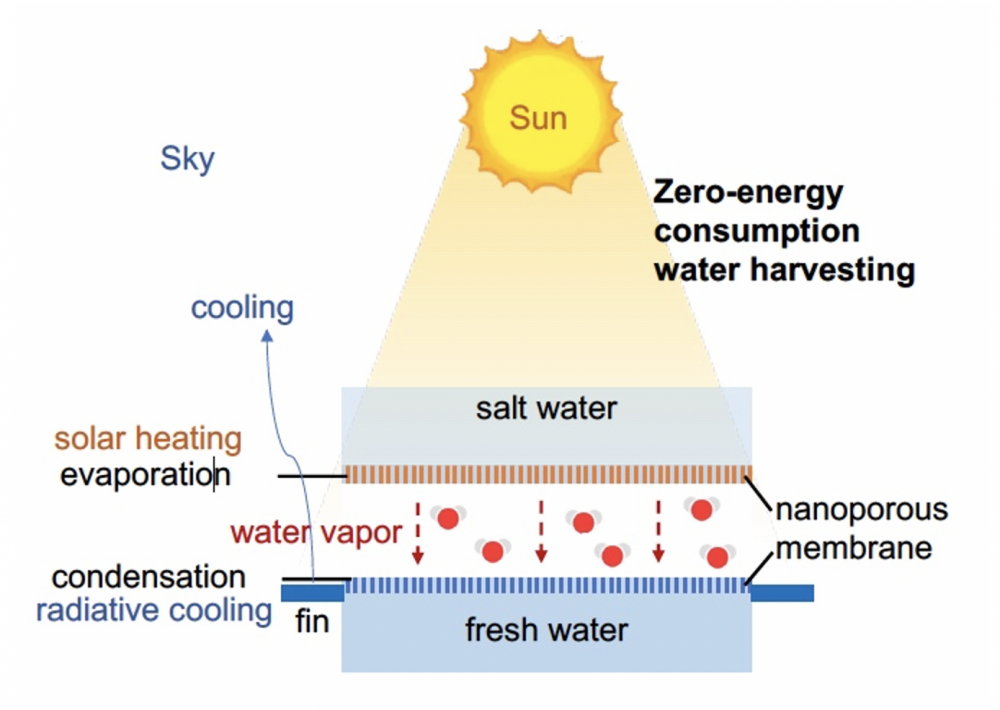