UCSB scholars develop a mathematical model to clarify how truth wins or loses in social groups  see it in politics time and time again: A powerful individual convinces a group of people to disregard a statement of fact — no matter how strong the supporting scientific evidence — and instead take up a false position.

Now, two UC Santa Barbara scholars have analyzed the conditions under which group discussion reaches consensus and propagates either true or false positions depending on the group’s influence system. Their findings, in a paper titled “How Truth Wins in Opinion Dynamics Along Issue Sequences,” appear in the Proceedings of the National Academy of Sciences.

“Our research is driven by a mathematical model of how interpersonal influence systems function,” said co-author Noah Friedkin, a professor of sociology at UCSB. “We sought to apply it to the important problem of understanding the substantial hazard rate of groups adopting false positions on issues that have a communicable method for obtaining a true opinion.” 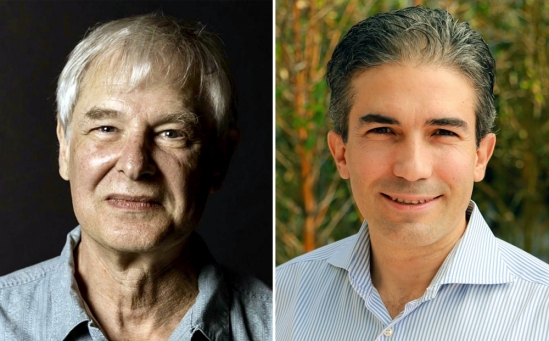 Underlying the research is the reality of human nature. “There are two things at play,” noted co-author Francesco Bullo, a professor of mechanical engineering. “There is the scientific logic, a rational way with actual numbers that say this is the truth, and then there are people who don’t understand the method or who say ‘I don’t believe the method or the outcome.’”

While classic experiments focused on before and after opinions of individuals participating in group tests, Friedkin and Bullo dialed down to the throughput — complex interpersonal influences swirling among individual members of a group. As they note in their paper, the researchers “provide evidence that a general model in the network science on opinion dynamics substantially clarifies how truth wins in groups.”

According to Friedkin, group tests showed people vary on how open or closed they are to influence, depending on the issue. People who know a topic well are unlikely to be swayed, he said, while those unfamiliar with a particular issue can be manipulated by someone who appears authoritative on the matter.

He pointed out that research shows influence is not necessarily associated with a true or false position. “A person can be highly charismatic, but ignorant,” Friedkin said. “The charisma or authority position may outweigh expertise.”

See original article in The Current